Written by: Yen Sreyleap, a Training Officer at a Non-governmental Organization 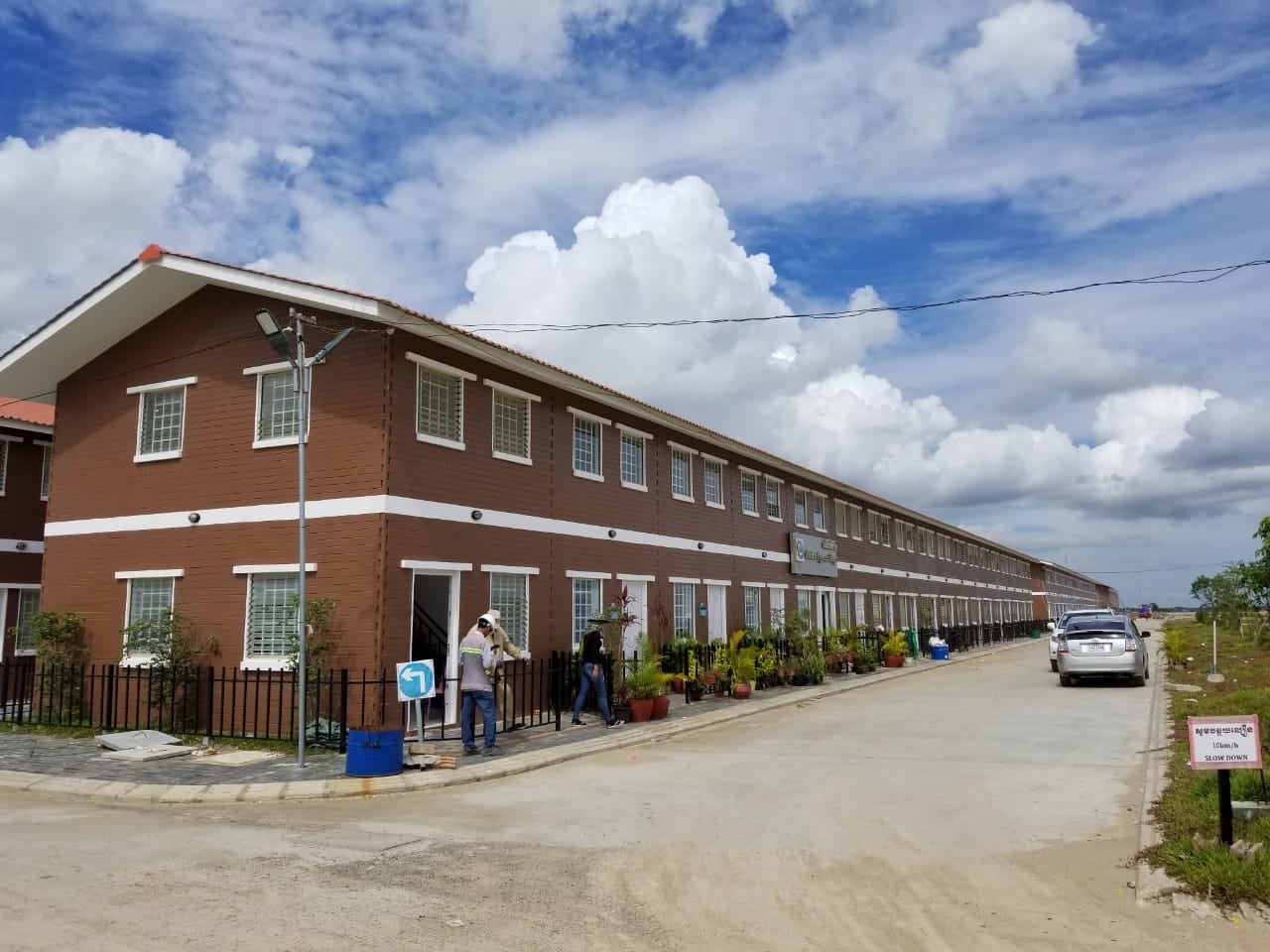 The 2013 consensus shows that the Cambodian population reached 14.5 million, and the number of families increased by around 3.2 million. And many people have migrated to look for job opportunities in construction, tourism, and industries in Phnom Penh and big cities along the borders, leading to a rapid increase in new settlements. However, the 2014 Socio-Economic Survey indicates that with the median household income, people in Phnom Penh need to spend between 33 to 53 years to get a house with a size between 36 to 48 square meters. And more importantly, the market has largely focused on providing high-end housing supplies, especially in Phnom Penh and other big cities. It means the access to affordable housing has become limited.

Theoretically, the royal government of Cambodia has a principal role in guaranteeing the right to an adequate living standard, including proper housing. However, the government alone won't make this happen, and it requires the alternative, which is to offer a platform and legal framework to assist private companies in constructing more affordable houses for low- and medium-income people. Consequently, the National Policy on Incentive and Establishment of the National Program for Development of Affordable Housing was established in 2017.

This article will explain what this policy aims to achieve, the beneficiaries, the benefits of project developers, and the progress of the policy implementation.

The Affordable Housing policy was adopted jointly by the Ministry of Economy and Finance and Ministry of Land Management, Urban Planning and Construction to improve the lives of low- and middle-income earners whose salary ranges between $200 to $400 per month.

The policy introduces a pilot project to address the housing problem facing people in Phnom Penh, cities, and major urban areas by encouraging developers to focus on low-cost housing development.

According to this policy, incentives provided to project developers include tax breaks and the facilitation of bureaucratic procedures, such as obtaining construction permits, business licenses, and other necessary documents. In addition, the project developers must align with some specific requirements to get their projects approved. Each project must contain more than 100 low-cost housing units with a price per unit between $15,000 to $30,000 or lower and with a location within 20 km of the capital or cities. Too, the project must comply with the minimum standard of affordable housing with buyers qualified to get a loan with low interest. Meanwhile, it also consists of community buildings and green spaces.

The policy highlights the anticipated outcomes and impacts with clear categories of the target group and specific phases of policy implementation. However, by scrutinizing it, it appears that the policy is broad and vague with some loopholes. Although it showcases the ambition of the government to promote rights to adequate housing, it doesn't outline a specific time frame of project implementation, and the number of houses, making it more arduous to evaluate whether there is a success or not.

Regarding the progress of the policy implementation, the number of projects remains minimal despite it being adopted for four years already. As of the end of 2020, there were only five affordable housing development projects containing a total of 8,331 units, according to the Ministry of Land Management, Urban Planning, and Construction. This unsatisfactory result is likely due to these conditions: a shortage of policy dissemination to private companies; the offered incentives didn't meet the demands of the private sector, and the procedure of project approval is intricate.

What Should Be Improved?

By pointing out some loopholes in the previous part, I think there are four main points that the policymakers need to consider improving the policy. First, there should be a clear timeframe to achieve policy objectives. With the timeline in place, it would be more apparent to monitor and evaluate the success rate of the policy while attracting more private companies to take part. Introducing a clear timeframe means it can signal private companies, which seek to submit their proposal to the government, that the policy span has a deadline, and it also can create a more competitive environment for private companies.

Secondly, the government needs to work on enticing further participation from the project developers. The policymakers should consider conducting a small study to figure out possible obstacles for project developers and whether they should be given additional benefits. Third, the government should narrow down the scope of policy implementation as it is a pilot policy. By mentioning this, instead of applying it to the entire country, the policymakers should consider choosing some provinces or cities with large populations that require affordable housing for the policy.

Finally, policymakers should mull on giving a role to the technical group at the Department of Land Management, Urban Planning and Construction at the provincial level to follow up and monitor the project implementation, including construction, sales, and leasing to guarantee that the beneficiaries are the target group.

Moreover, it can be easier for project developers to report their challenges and progress and save resources on the national level. In addition, it can prove the transparency and accountability of the government to promote the rights to adequate housing within the policy.

All in all, the affordable housing policy is put in practice at the right time to promote affordable housing when the number of populations in urban areas keeps rising even though there are some gaps, which need modification. If adjusted and implemented effectively, it can ensure that the housing markets will be more dynamic and diverse because it connects customers with the market supplies, which offer different prices and more choices.