Written by: Sey Jakkrya, a 4th-year student majoring in International Relations at The University of Cambodia 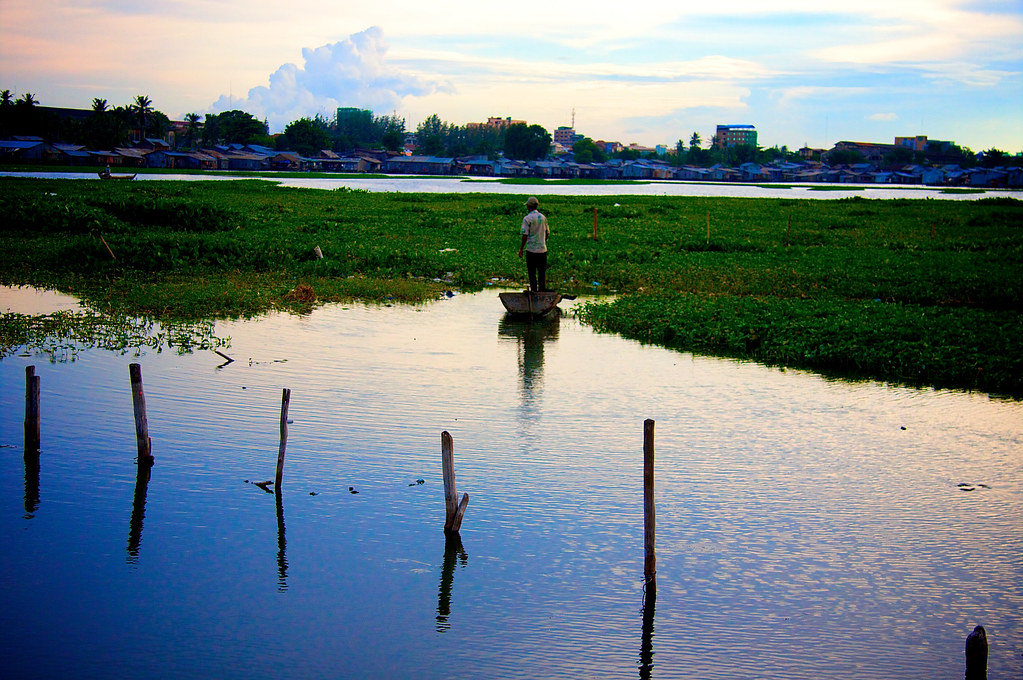 Looking back at the history of land reform in Cambodia is crucially important, especially for observing the current land disputes. During the Khmer Rouge regime (1975-1979), all properties belonged to the state, meaning ownership was abolished. In 1989, after the collapse of the Pol Pot regime, the Cambodian government re-established private property rights because collectivism was ineffective to restore the economy at that time. As a result, the government decided to introduce and adapt to the free market hoping to achieve better economic benefits. Land was categorised into three types: land for domicile (ownership), cultivation land (state allocation), and concession land (starting from 5 hectares). In addition, the 1992 Land Law preserved the state rights as the legal owner over agricultural land and recognized the state land which was divided into two types: state public land and state private land. The concession was only granted on state private land. Subsequently, an official land title was also granted for residential and agricultural lands through the enforcement of  the 2001 Land Law.

Why land privatisation in Cambodia?

With the aim of transforming the traditional style of the agriculture sector to modernisation, creating more job opportunities, and contributing to economic growth, private companies are granted the legal permission to clear up and cultivate on land considered as economic land concession (ELCs) by representative state institutions, either the Ministry of Agriculture, Forestry, and Fisheries (MAFF) or the Ministry of Environment (MoE). Article 2 of the Sub-Degree on ELCS defined ELC as “ a mechanism to grant private state land through a specific economic land concession contract to a concessionaire to use for agricultural and industrial-agricultural exploitation,” particularly growing food or industrial crops, raising of animals and aquaculture, or constructing factories or facilities for processing domestic agricultural raw materials. In 2015, the first combined report between MAFF and MoE showed that 230 private companies received licences for ELCs covering a total of 1,934,896 hectares of which 122 companies from MAFF and 133 from MoE. The revenue of $80 million for 3 years was claimed by the government, in the same year, through ELCs since 2012. Following the law, it is compulsory for all concessionaires to pay rental fees of 5$ per hectare annually to the government. However, up to now, there is no ELCs assessment made available online for the public to access in order to follow and observe the progress and benefits of ELCs whether they reflect their main objective or not.

Despite tax revenue of ELCs claimed by the government, a doubtful question has been raised whether the development is for improving public welfare or just benefiting a small number of powerful or rich people. It is because poor or low income families deeply and gradually depend on agricultural and environmental resources, lakes, or forests, so when those resources disappear or are damaged, it is hard for them to survive. It was reported that rural households’ income dropped for about 20 percent due to the severe limitation to access resources on which their life depends. Therefore, there are two responsive reasons to why many people have expressed their strong dissatisfaction with the complexity of concerns within the implementation of ELCs and their impacts for them and the environment.

First, citizens, from villagers to activists, have been observed to always become innocent victims of land privatisation. After the land was granted to a local or foreign private company, residents would have been forcefully evicted with a short-time notice and given an unacceptable compensation which shows injustices toward them. Observing the case of the Boeung Kak lake, 4,253 families were evicted, but only about 1,000 families willingly accepted compensation from the City Hall. Because the government offered just a small amount of money and a small piece of land for some families, people hit on the street protesting to ask and seek justice for themselve, resulting in an arrest of a well-known activist In addition, indigenious people, estimated at 2 percent of the total population, are more likely to be involved in land disputes with private companies. For example, in 2017, over 3,000 of them signed a petition expressing concerns over the negative impacts caused by Chinese company Hengfu, a sugar plantation company.

Second, since climate change has become a hot topic locally, regionally, and globally, the public is not ignorant of economic development causing environmental degradation anymore. Without conducting a public consultation and publicly releasing environmental and social impact assessments following law guidelines, ELCs mainly contribute to deforestation and in-filling lakes. From 2001 to 2018, Cambodia failed to protect 25% of the total tree cover, approximately 2.17 million hectares, from clearance for rubber plantation at most. In some cases, protected areas like Snuol Wildlife Sanctuary in Kratie province and Roneam Daun Sam Wildlife Sanctuary in Battambang and Banteay Meanchey provinces completely lost tree covers for rubber and cashew plantations because the land inside was granted to private companies through land concessions. Moreover, 16 of 26 important lakes and 41% of major wetlands located in Phnom Penh were filled and demarcated respectively for building boreys, residential-housing, and satellite cities.

How to gain greater public acceptance?

Three fundamental behaviour changes and one reinforcement mechanism would bring the Cambodian government with grateful acceptance from the public on future ELCs. Ensuring better public welfare, not focusing only on the rich, should be the top priority when approving development projects which can be done through public consultation. Providing appropriate compensation based on practical effects is compulsorily pursued by either giving a budget package or a large enough land plot to each affected families, which can be seen not only as an obligation mentioned in the law, but also as a moral responsibility.

Publicly releasing environmental and social impact assessments is a must for the responsible state institutions to make it available and accessible for the public, which can be done through digital communication, to guarantee public transparency and accountability in good governance against the public criticism. Finally, the government needs to work on the reinforcement of the 2001 Land Law on granting land titles for residents because holding hard land titles helps prevent land conflicts, especially between the local people and private companies. Thus, having decided how long local people are granted hard land titles can be a good start for now. For example, villagers who lived on the land before private property rights were established in 1989 should receive land certificates.