Written by: Chhnoeum Satyareach, A 4th-year student majoring in International Economics at the Royal University of Phnom Penh 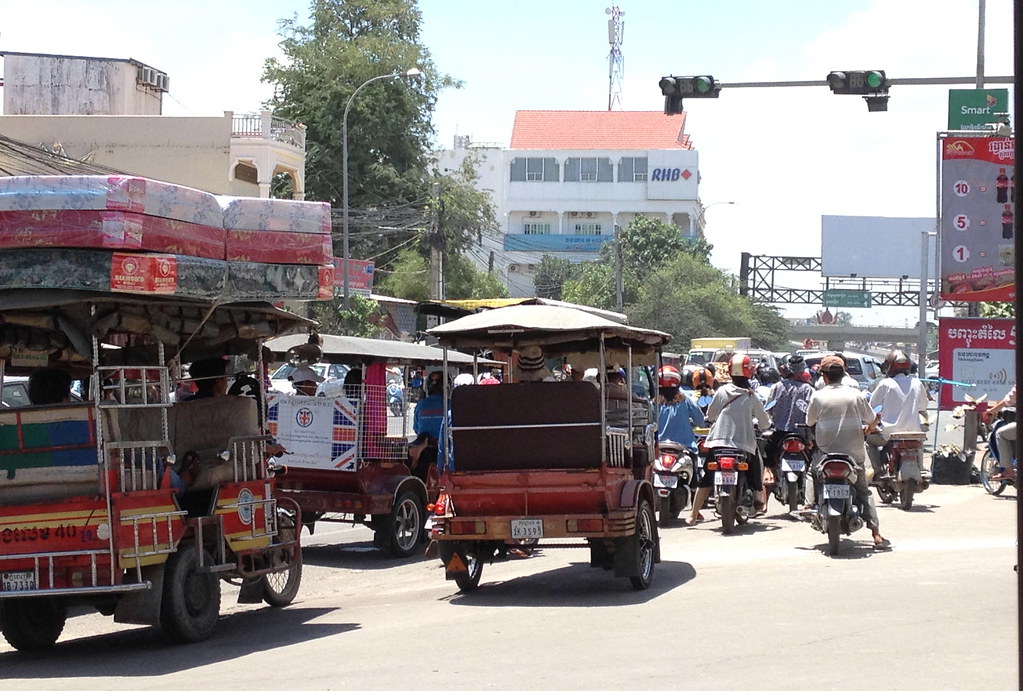 “In a matter of seconds, lives can be irreversibly altered.” This phrase portrays the terrifying and unexpected consequences of road accidents. Road accidents have negatively affected the lives of countless people. The thoughts of losing loved ones and everything in mere seconds have devastated many individuals.

In Cambodia, road accidents are not an unfamiliar phenomenon. In fact, it is one of the major causes of death in the country. Over the past 11 years, from 2009-2019, the number of deaths resulting from traffic accidents has increased by 25 percent, which was more than the 17 percent growth in population during that time. A report by the National Road Safety Committee (NRSC) and the United Nations Development Programme (UNDP) revealed an estimated 2,000 deaths and 3,700 injuries resulting from road accidents in 2019. There are 5.4 people dying per day on average.

Therefore, understanding the causes and impacts of road traffic accidents is vital in tackling the issue as well as preventing more agony. This article aims to highlight factors that contribute to traffic accidents and its severe consequences. At the same time, the government’s past actions and implemented policies will also be discussed to assess what has been done and what can be improved.

Although there are many underlying causes of road traffic accidents, one of the main factors is associated with road user behavior. This is because human errors contributed to about 98 percent of crashes, 16 percent of which were fatalities. It usually involves the consumption of alcohol, speeding, ignoring traffic rules, and other law-violating activities. Speeding accounts for 34 percent of all cases while disregarding others’ driving rights made up 16 percent, and 4 percent from drunk driving. Other noticeable catalysts are the use of drugs and the use of mobile phones while driving, which also contribute to road traffic accidents.

A survey by UNDP in 2021 showed that motorbike riders accounted for three-fourths of all deaths, followed by pedestrians, drivers of family cars, and operators of freight vehicles. Motorcycles accounted for more than 80% of all registered vehicles involved in traffic incidents. The majority of deaths happened in the capital and on public roadways.

All of these factors reflect one of the Kingdom's major shortcomings, which is the weak traffic law enforcement. The law implementation in Cambodia is still limited and therefore much work remains to be done.

The primary impact of road traffic accidents is the casualties - the injuries and loss of precious lives. According to Interior Minister Sar Kheng, there were a total of 2,670 accidents in 2021, of which 1,497 deaths were reported. Road traffic accidents affected not only individuals but also their loved ones and other people.

As stated by Heng Sophannarith, the Deputy Director General of the National Social Security Fund, “Road accidents are hidden killers that cause tragedy and impact families, the economy, and society as a whole”.

Several efforts have been made by the Cambodian government to address the increasing number of traffic accidents. This can be seen in the establishment of the National Road Safety Committee (NRSC). NRSC is financially backed by the national budget while its road safety strategy is partially funded. Its core duties comprise coordination, legislation, monitoring, and evaluation of matters related to road safety strategies. There was also a fatal road safety target from 2011 to 2020, aiming to lower fatalities by 50 percent.

Moreover, the Cambodian government has invested its resources in law dissemination to raise awareness and promote good practices. Road safety information is disseminated to concerned actors, including factories, enterprises, truck drivers, tuk-tuks, motorcycles, bicycles, and pedestrians to take precautions such as putting on seat belts, wearing helmets, and practicing proper guidelines and regulations. Furthermore, vertical deflections have been installed to encourage drivers to slow down and reduce crashes. These include speed bumps, humps, cushions, tables, raised pedestrian crossings, variation in ride surface, and so on.

The Cambodian government should continue to promote and strengthen traffic rules and regulations to mitigate the impacts of road accidents. This can be achieved through aggressive information dissemination, including distributing and publicizing key safety rules and standards across various social platforms. The government should also install surveillance cameras to track down and punish law offenders as well as closely monitor the law enforcers to prevent corruption and ensure proper enforcement of the protocols.

Strong management in various aspects of road safety is essential to ensure a favorable traffic environment. In addition, adequate responses and contributions from relevant stakeholders besides the government are needed to address these challenges. Educational institutions also play crucial roles in educating and instilling moral sense in individuals, especially the young ones. To that end, educational institutions should add traffic rules to the school curriculum and organize various educational programs and events. As for the individuals, they can contribute through strict compliance with key safety rules and standards, as well as being mindful of others' rights on the road.