Written by: Phat Malyta, a graduate student with a Bachelor's degree in Business Communication at Paññāsāstra University of Cambodia 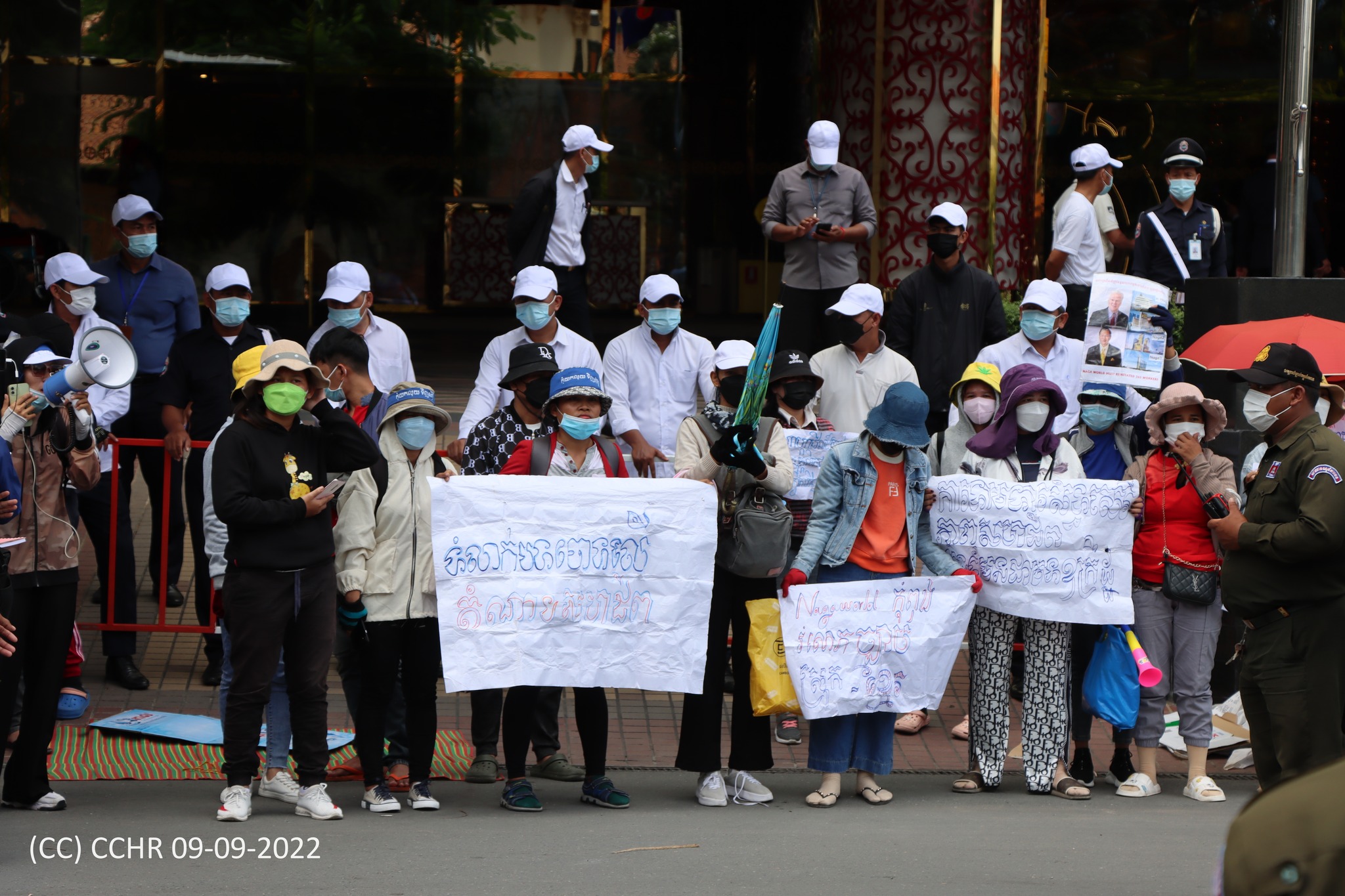 There are many problems in Cambodia, such as deforestation, discrimination, injustice, corruption, and inequality, to name a few. One interesting problem that has been stuck for nearly one year and has yet to be resolved is the dispute between NagaWorld workers and the owner. This issue started because NagaWorld announced plans to cut off 1,329 staff because of the financial crisis resulting from the impact of the COVID-19 pandemic. However, a union member at NagaWorld said that the reason was to remove the independent union in the NagaWorld group. Most staff who have been laid off are union leaders, union activists, and staff delegates. NagaWorld workers have protested against the layoff outside the NagaWorld casino since December 1, 2021, asking for the casino corporation in Phnom Penh to reinstate workers after NagaWorld terminated more than 1,300 workers last year. Only around 100 workers are still holding out for reinstatement.

The strike turned violent during the protest

In the past, there were many obstacles for workers to protest because the security​ tried to block or arrest them and didn't allow them to gather together by putting up many metal fences​. However, on August 11, 2022, around 100 NagaWorld strikers gathered near the NagaWorld building. During the protest, there were many metal barricades that security personnel put on to block the protestors from going near NagaWorld. The violence happened when the protestors tried to pull the metal barricades away from security personnel. According to Cambodianess, the violence left three women seriously injured, one with a broken nose, and several others slightly injured were sent to get medical treatment. As reported by Licadho, a uniformed officer punched one woman in the face leaving her unconscious and bleeding from the nose. This action violates the labor law's "right to protest" and the collective conventions of the International Labor Organization (ILO).

On August 15, 2022, workers' unions and human rights establishments condemned the government's crackdown on women strikers over disputes between the NagaWorld staff and company. Having launched a joint announcement, 38 unions and civil society organizations condemned the government's brutal crackdown to block people from strikes close to the casino, regardless of the strikers' pleas. They must be allowed to acquire a non-violent call in front of the company, which they stated follows the exertions law. On the contrary, after the ruthless crackdown, a Phnom Penh City Hall spokesman issued an announcement accusing the people of the use of violence in opposition to the government.” It is also noteworthy that the case was improved on August 16, 2022, when the Special Rapporteur of the United Nations on the human rights situation in Cambodia, Professor Vitit Muntarbhorn, visited the NagaWorld protesters. According to RFA, NagaWorld protesters were unexpectedly allowed to go directly in front of the NagaWorld casino for two days on Wednesday, 17 August, and Thursday, 18 August 2022, and the UN Human Rights in Cambodia also monitored the protest on Wednesday, 17 August 2022 and released a video footage on Facebook with a statement confirming that the rally was peaceful.

The Cambodian government's significant role in ending the dispute

The most significant role of the government is to provide everyone the right to get equal treatment and the right to advocate without violence and discrimination, especially for women workers, to fulfill their fundamental rights and labor rights. There are two main points that the government can end this dispute peacefully. First, the government must pay additional attention to the protection of protestors instead of attempting to prevent them. For example, the role of the government is to square with the protestors to indicate their temperament to unravel the matter with the owner of NagaWorld. It is also the most effective model for demonstrating good governance for the people in the country. Therefore, the government should guarantee a transparent, accessible, and truthful atmosphere for the protestors in the future. It can be an improved lesson for the government to boost law enforcement​ on human rights and labor rights by standing on the principle of justice while not taking any side.

Second, the Ministry of Labor and Vocational Training​ must urge concerned stakeholders and the owner​of NagaWorld to return to the negotiation table​​ to unravel the matter by citing the need to respect labor law and international legal conventions. The Ministry has full authority to figure out with the owner and a union member of NagaWorld and to check on the policy and how to implement the law at NagaWorld concerning staff’s employment termination. Furthermore, applying for either side with the agreement and a win-win solution will be decent. It also helps each side understand more about the deals the employer or employees might raise throughout the negotiation process​​. If the Ministry can free up more space for people to discuss, debate, and offer solutions, it will improve the situation and create a space for both sides to consider and exchange their views on this issue.

In conclusion, I do believe that nobody can end this mess except the government because it is responsible for enforcing the rules of law in society and providing justice to people within the country by taking a stance with the protestors and ensuring that any violence cannot happen throughout the protests again. Moreover, the government ought to acknowledge the importance of the right of the protestors to advocate for their liberty in the labor law.

The Ministry of Labor and Vocational Training​ needs to work with both parties to resolve problems by respecting the labor law and protecting the people's interests. The Ministry needs to make an effort to work in partnership with the union activists as well as the Nagaworld company because this practice can give the government an additional tip, and it can assist the Ministry in grasping the scope of the problem for a much better solution. Finally, the government has to bring a positive impact to resolve this dispute by ensuring that everybody receives justice and respects the law in the country.