Written by: Yatt Malai, A 3rd-year student majoring in International Relations at Paññāsāstra University of Cambodia 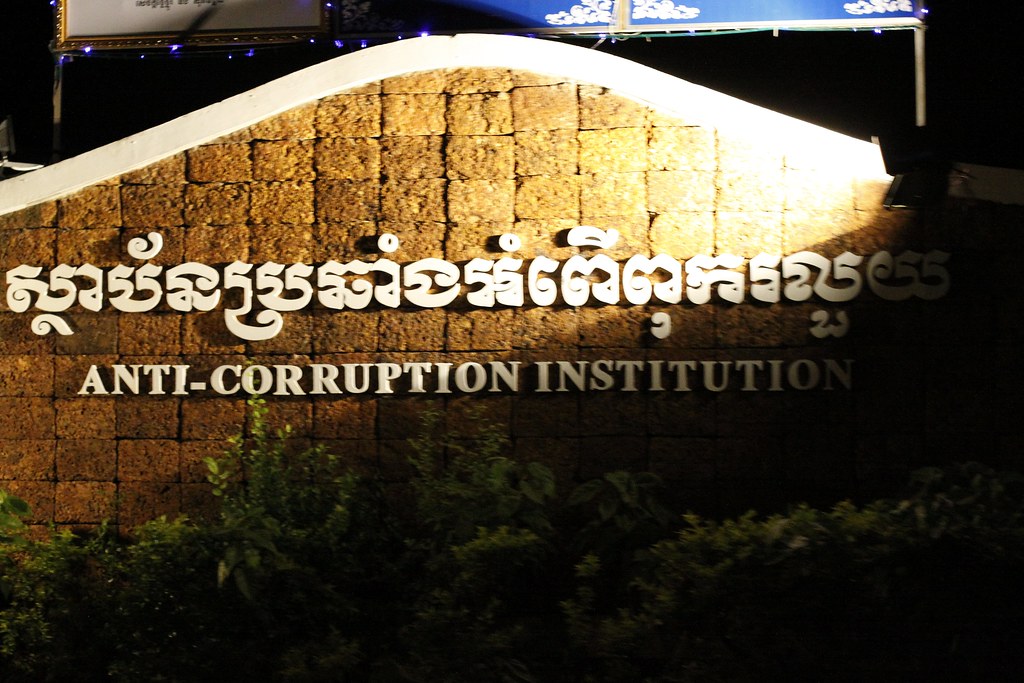 Cambodia is a democratic country providing freedom, although limited in some cases, to people to speak out in order to influence anything that happens in society. Everyone loves to live in a peaceful country, and they are happy to do what they love. For those who are nationalist, they would be over caring about how the government leads the country to be better, balanced, or respectful of human rights. In the real world, when people face many problems, they tend to commit corruption because it is a way to help them get what they need. According to a report by Transparency International, there is rampant corruption in Cambodia. For example, Cambodia was ranked 162 of 180 countries in the world in 2021. Corruption is the action of wanting something by breaking the law, it affects respect, destroys democracy, impedes economic growth, and makes inequality, poverty, social division, and the environmental problem worse. People are the victims of corruption, so their voices should be heard.

Corruption and human rights violations are major problems in Cambodia

Corruption happens in many fields in Cambodia such as education, politics, social media, environment, industry and so on. Due to corruption, there are many incidents of human rights violations. For example, during the demonstration of employees who are disputing their work with the NagaWorld company, some employees were arrested.

In addition, corruption happens day by day, and some people care only about their benefits by ignoring other people as the victim. Family connections in public institutions and at office are thought to be a serious issue that encourages corruption. Yet recently, the Minister of Interior has demonstrated commitment to educate corrupt officials to improve what a national police reform framework is. However, it seems quiet even the government officials already know that people will criticize those plans because there are still opportunities for corruption among officials in important jobs and positions, usually in favor of the commission's actions.

The chance for corruption in state institutions and ministries is considerable; officials still have significant power and responsibility and can abuse their position for their own advantage. The availability, effectiveness, and accessibility of products and services connected to human rights can be severely harmed by corruption. Also, it compromises the integrity and efficacy of the system of governance, the rule of law, and ultimately the country itself. One of the most worrying trends in recent years is the significant rise in land disputes, which has serious implications for human rights in Cambodia where the increasing population depends on the land for survival. Numerous reported incidences of land grabbing were started by soldiers, police officers, or members of the local government. Fair compensation is all too rarely taken into account when evictions are caused by threats, intimidation, or even violence. Additionally, Cambodia often engages in extrajudicial executions, primarily when police shoot demonstrators during land protests.

We could now see that more people in Cambodia are confident to spread information than before. For example, they know about the issue of corruption such as the case of deforestation at Tamao Mountain. Respect for human rights could be the most powerful element because it empowers people and tells them how they deserve dignity from society, whether it is the government or their work environment especially when they do not receive it, they can stand up, and human rights is not required by legal practice nor accepted as such. Instead, corruption has an impact on the international human rights that have been covenanted. Furthermore, social rights are most affected especially by petty corruption. For example, corruption in the health sector affects the right of everyone to the highest attainable standard of health. Generally, a human rights approach can draw attention to the rights of those who are affected by corruption, such as the rights to free primary education and access to safe drinking water. It also demonstrates how the misapplication of public funds in those areas prevents them from enjoying the benefits to which they are legally entitled.

Finally, now that we live in a peaceful country, we do not want to see any negative actions including human right violations or corruption, so let us start to reduce those kinds of problems from ourselves first, make our mind clean and moral, and especially know the role of a good citizen. In this situation, human rights play a vital role in dealing with corruption. Thus, we should have a clean mindset, be moral, and importantly find the key sources why they do what they are facing. Moreover, we should try to promote law enforcement as it is helpful for the promotion of accountability and prevention of crimes, which in turn promotes the rule of law and public safety.