It’s Time to Reduce, Reuse and Recycle Plastic to Save the World

Written by: Tea Sovanmony, a 3rd year student majoring in Global Affairs at The American University of Phnom Penh 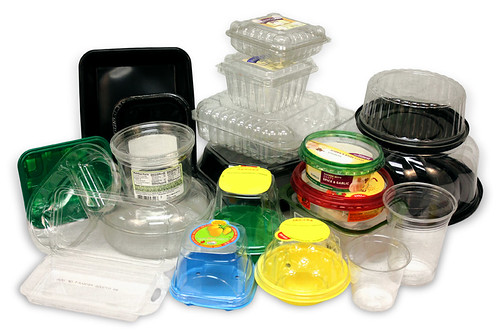 (Photo Credit: "Collection of #1 PET plastic, accepted effective June 2012" by Department of Environmental Protection Recycling a is licensed under CC BY 2.0)

In the contemporary world, plastic has become one of the most essential contributions to human society. However, the use of plastic has also had a significant negative impact on human health and well-being as well as those of animals. Across the entire globe, there are increasing concerns about the increasing use of plastic, which has led to pollution and caused great harm to human life, wildlife, ocean creatures, and nature. Importantly, it has caused disruptions to the entire ecosystem. Thus, it is crucial that the world commits to applying the 3Rs principles of reduce, reuse and recycle to curb the excessive use of plastic to save our planet.

Whether you believe it or not, there is a connection between plastic used by people and the environmental world. According to nature, there is no waste material that does not decompose. However, in the case of plastic, it takes more than a hundred years for it to totally decompose. While plastic waste is dumped or flows into the ocean, it breaks up into small microbeads that are extremely harmful to all living things, including humans and animals, in the long term.

Human beings invented plastic to make life easier. However, this creation is and will always be considered unnatural to the ecosystem. In fact, plastic is less expensive, more affordable and more durable than paper bags, leading to its mass and endless production. Plastic has played an integral part in the production of water bottles, plastic wraps, plastic bags, plastic straws, plastic utensils, plastic cups and more. As people become comfortable using plastic and begin to use it indefinitely, it results in the uncontrollable use of single-use plastic. Consequently, the usage of plastic has become a major global problem. As 40% of all plastic that has been used is used just once, the National Geographic started to question whether it is Planet or Plastic? This campaign is then urged to raise international awareness of the consequences of single-use plastic.

The danger of plastic pollution

When tonnes of plastic are dumped into the ocean, it does not dissolve and remains in the water. This affects the ocean water and causes aquatic species to misunderstand plastic as their food. The effects of plastic on sea life are immense. For example, plastic waste causes the death of a million seabirds a year as seabirds would ingest plastic which  takes up room in their stomach, which sometimes causes starvation. For example, many seabirds have been found dead with their stomachs filled with plastic waste.

According to the United Nations, marine debris affects at least 800 species globally, with plastic accounting for up to 80% of the waste. Furthermore, plastic also polluted water when it was dumped into it, causing many problems to the environment in addition to making sea or ocean water look and smell bad. Therefore, plastic pollutes water and affects species in the ocean leading to their numerous deaths.

Plastic also hurts humans. Based on a research study by BreastCancer.org (2020), the leaching of plastic chemicals, including bisphenol A (BPA) from heating can cause human cancer. There are several more negative health impacts such as cardiovascular diseases, lung problems, cancer, and the weakened immune system. This is due to the toxicity of chemical elements including mercury, lead, and cadmium which are found in plastic. The cycle starts from the plastic garbage that humans throw away in front of their eyes into the street, which ends up in the ocean and breaks down into small tiny plastic beads. Those small particles are eaten by fish which will then be consumed by humans. Thus, humans are now eating plastic that they have dumped!

Reduce, Reuse, and Recycle (3Rs) are the solution

According to Wendell Berry, an American environmental activist and novelist, “The Earth is what we all have in common”. Thus, individual contribution to the environment through the 3Rs: Reduce, Reuse, and Recycle is a must. It takes no or little effort and cost in starting the actions for sustainability and a better planet  because planet Earth is a home to all human beings and other living things.

First, due to the high cost of recycling, it is good  to reduce the numbers of individual plastic consumption rather than totally relying on recycling, although recycling is another alternative. We can start with the reduction of plastic consumption by minimizing daily consumption like plastic straws, plastic utensils, plastic bags, and plastic cups. Since food delivery is popular in modern society, individuals should have their own portable utensils and metal straws that are easy to carry around. Therefore, in the case of Cambodia, in any order from delivery apps such as Nham24 and FoodPanda, we can request the restaurant to not include plastic utensils for us. This may be a bit uncomfortable for some people, it is one effective way to contribute to minimizing the numbers of daily plastic consumption. Each one of us should now consider using a metal bottle instead of a plastic cup to reduce the use of plastic. In addition to that, companies, schools, and other institutions are key actors that can help individuals to reduce plastic bottles by setting a water purifier refill in the office or school to let individuals fill up their fresh water in their metal bottles. The use of cotton or cloth bags for shopping products is also another good way to replace the use of single-use plastic bags. Moreover, for essential goods such as dishwasher soap, scrub, bodywash and shampoo, there are alternatives from several refill stores around Toul Tompong areas in Phnom Peng city that offer goods and services for customers to go and refill them. It is essential to save our planet and each of us has an important role to play.

Second, we need to adhere to the concept of reuse. The idea of reuse is extremely important to avoid the single use of plastic that tends to be dumped into the ocean or other water resources after use. We can apply this concept by reusing plastic that we have in our home multiple times and try to reuse it for other purposes before throwing it away. For example, the water bottle can be used to store new water or other liquid, or it can be used for gardening purposes. The bubble wrap that is received from delivery can be used to protect furniture and other glass products.

Thirdly, it is the concept of recycling which involves industrial or machinery processes. Every single-use plastic such as the cutlery, straws, and bags can be recycled in most advanced economic countries in Europe and America. Unfortunately, there may not be recycling companies in some middle income and low income countries. Cambodia is a case in point. To the best of my knowledge, single-use plastic is mainly used daily but there is no recycling process available  in the country. Regarding this issue, reasons for the unavailability of recycling processes are due to the high cost of investment and the requirements for highly skilled labor in the field. In spite of this, not all plastic can be recycled. According to SL Recycling, the types of plastic that are commonly recycled include  Polyethylene Terephthalate (PET), High Density Polyethylene (HDPE), and Polypropylene (PP). Thus, reducing the amount of plastic is still one of the most essential alternatives among the 3Rs of Reduce, Reuse, and Recycle.

Moving forward, human beings must come to realize that in some cases the use of plastic is not necessary, but we are just consumed by the idea of convenience without thinking of the consequences of excessive plastic use. Since the single use of plastic can have serious consequences for humanity and the environment, it should be minimized by individuals and inspired by society itself as well. Up until now, there has been very limited action toward sustainability, especially in countries that have a low literacy rate. Many people tend to think that environmental issues are not as important as political or social issues.

Thus, to achieve sustainability, it requires all of us to take action without procrastinating. It can start from youth who can introduce their parents and relatives to the concept of 3Rs. Youth themselves also have to practice the concept of 3Rs, and contribute to voluntary work related to environmental issues so that plastic  awareness can spread widely, and at the same time, they can learn  more about many important social issues through their working experience as volunteers. This type of knowledge is not available in school.

Nevertheless, the Cambodian government needs to introduce and implement laws to curb the excessive use of plastic. It needs to find effective ways to educate the citizens and control their plastic consumption in an effective way. It is also important to attract foreign investment to develop Cambodia’ capacity to recycle plastic. The non-governmental organizations and international organizations also play a crucial role in making the world a better place for all. They must raise the public awareness of the impact of single-use plastic, offer financial support to low economic development countries to tackle their plastic crisis, and produce more informative videos to educate the masses about the risks of plastic pollution.

Together we can work toward a sustainable future in which we control the use of plastic by reducing, reusing and recycling it. We should not be complacent and let plastic control us and destroy our world.