Why is Women's Participation in Society Important?

Written by: Phal Monirithy, A first-year student majoring in International Relations at the Institute for International Studies and Public Policy 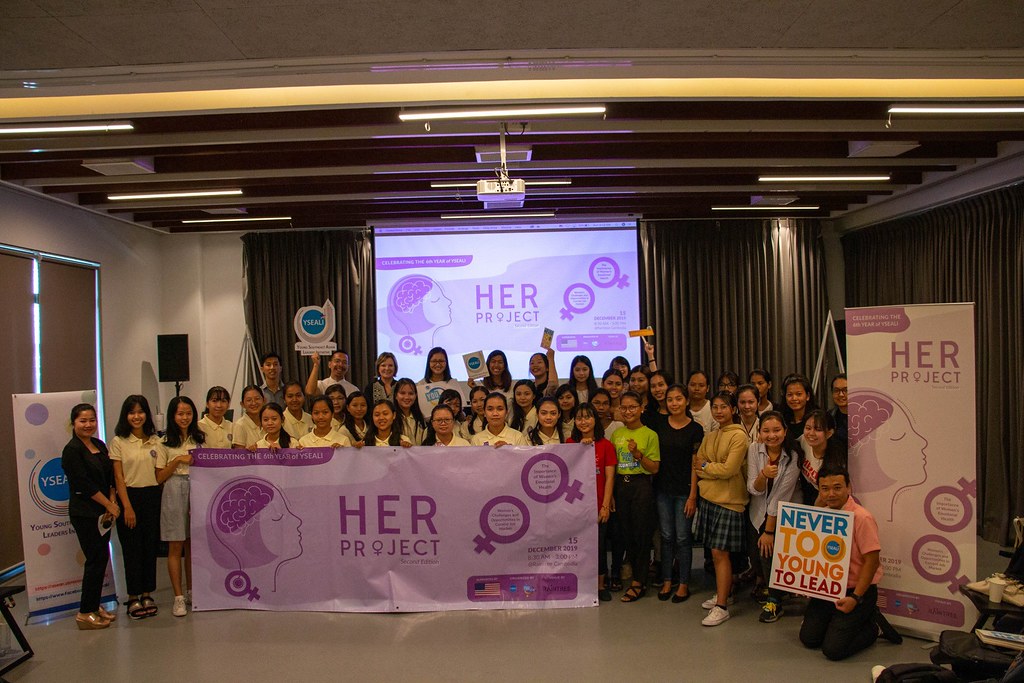 Athenian society, according to the World History Book, was a direct democracy in which women had no right to join an assembly, hold office, own property, or conduct legal business; additionally, their role required them to manage their house and slaves, as well as raise their children. As mothers, they taught their daughters domestic skills when they were 14 to 16 years old and married to men chosen by their guardian. Women, however, now have the right to participate in various aspects of life and career. They have not only stayed at home to raise their children, but they have also established a business and a job in either the private or government sectors. This short article will look at the vital role of women in political, economic, and public sectors.

To begin with, women's participation in politics has a variety of important societal implications. According to UN Women, the proportion of women in parliament is primarily driven by the importance of women's issues. Women's political involvement is essential to gender equality and authentic democracy. It has promoted women's direct participation in public decision-making and is a means of ensuring women's transparency. For example, in Cambodia, UN Women encouraged Cambodian women to vote in commune elections in 2002 and 2007. Many non-governmental organizations supported the training of approximately 60% of the nearly 12,000 women who ran in the 2002 elections. Women received 8% of the 11,352 available seats. Women performed nearly twice as well in the April 2007 communal elections, gaining about 15% of the seats.

In some Southeast Asian countries such as Cambodia, Myanmar, and Thailand, there were well-known women politicians. Men Sam An is a politician from Cambodia who is a member of the Cambodian People's Party (CPP). In 2003, she was chosen to represent Svay Rieng province in the National Assembly. She has been Cambodia's permanent deputy prime minister since 2009. She is also the first female four-star general. Her calls for CPP party officials to work twice as hard in order to win council elections may have led to the implementation of the fourth phase of the Cambodian government's Rectangular Strategy, which focuses on the development of human resources, economic diversification, the private sector, job creation, and inclusive and sustainable development. Another example is Aung San Suu Kyi of Myanmar. She is a political leader who was denied her election results, which won more than 80% of parliamentary seats, by the Myanmar military. Even though her political life was difficult, she became the former head of state of Myanmar on April 1, 2012, and was sworn into office on May 2, 2012, after official visits with high-profile leaders such as Thai Prime Minister Yingluck Shinawatra in October and US Secretary of State Hillary Clinton in December 2011. In the case of Thailand, it is Yingluck Shinawatra. She served as Thailand's prime minister from 2011 to 2014. She was a former head of state who had to deal with major flooding in broad areas of Thailand brought on by extremely strong monsoon rains, which also caused the closure of many of the economically significant, foreign-owned manufacturing companies. By the middle of 2012, most businesses had recovered from their suffering. However, her candidacy came to an end when she was arrested on corruption allegations related to a government-instituted rice subsidy program.

Women have great importance in a nation's economic structure and development. According to the Cambodian Women Entrepreneurs Association, women business owners are becoming more common in Cambodia than ever before. Keo Mom, for instance, was the president of the Cambodian Women Entrepreneurs Association and the CEO of the Lyly Food Company. She highlighted that "women are not weak and they can do what men do." Moreover, women entrepreneurs can use their skills to improve business management and contribute to the betterment of family life and society. "Gender equality is a key factor in ensuring sustainability, peace, and development.” Ith Sam Heng, Minister of Labour and Vocational Training, added that gender equality will increase women’s empowerment and motivate women to be the driving force of the economy and society. As a result of their participation in society, women specifically contribute to boosting economic growth.

In the public sphere, women play an important role in settling disputes and contributing to society in a variety of ways. Women in blue-beret troops make up a sizable proportion of those deployed for UN peacekeeping missions; they can also serve in a variety of groups and roles, from command to front-line duty, at both the national and sub-national levels. As a result of the large percentage of Cambodian women in UN missions in the ASEAN regions and in nine war-torn nations, mostly in Africa, Cambodia was the second-ranked nation to send female military officers to serve in UN peacekeeping missions. According to VOA Cambodia, more women are now attending higher education institutions abroad. Women who are educated and skillful not only help their communities grow but also take care of their children. According to Pen Rany, a PhD candidate in humanities at the University of Sydney, this promotes the social wellbeing of future generations. Women who pursue higher education gain the knowledge and skills required to work and build their country's human resources, which is the perfect foundation for fostering and developing their country.

In conclusion, women have undoubtedly played a significant role in a number of sectors, including the political, economic, and public sectors, since they have been empowered and granted the right to fully participate in society. Additionally, they serve as the foundation for developing and strengthening their country’s capabilities. Women, when given ample opportunities and support, have the ability to engage at all levels of society and can help men to resolve conflicts and issues that affect their countries and the whole world.