It's Time to Reduce the Anarchy of Alcohol Drinking in Cambodia

Edited by: Heng Kimkong, a Visiting Senior Research Fellow at Cambodia Development Center and a Ph.D. Candidate in Education at The University of Queensland, Australia. 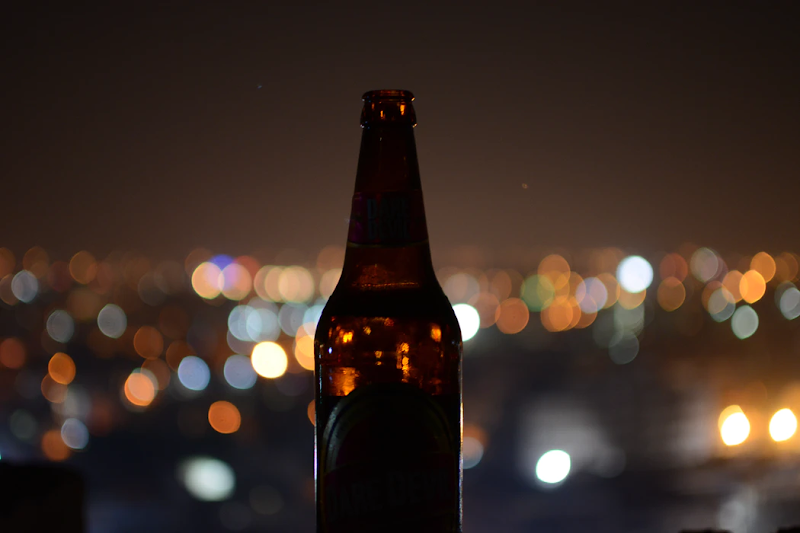 The consumption of alcohol seems prevalent in Cambodian society due to the wave of globalization and integration and the lack of state regulations. Even though people understand that alcoholism causes physical and emotional health problems, alcohol use becomes a normal practice for people to relax, enjoy, and relieve their stress or unhappiness. According to the Straits Times, “Cambodia's drinking habits are on the upswing. On average, Cambodians drank 6.1 liters of alcohol a year”. The rising consumption of alcohol in Cambodia has brought about many problems.

For example, the death toll linked to alcohol consumption has increased in recent years. Research by the Asia Pacific Journal of Public Health showed that the increasing alcohol consumption use is associated with numerous public health issues, including the increasing prevalence of chronic diseases. In the first half of 2015 alone, there were 2,500 alcohol-related traffic accidents.

However, based on my observation, alcohol use does not only affect our health and cause traffic accidents. Oftentimes, when people become alcoholics, they tend to use violence at home and commit other crimes such as rapes. The lack of legal regulations limiting who and at what age people can purchase and consume alcohol is an unresolved issue.

Based on a report by the Asia Foundation, in Cambodia, “there is little regulation of the alcohol industry including the advertising of alcohol products and very few” even though there are increasing complaints from civil society groups. Even though some provincial governors have called to pull out alcohol advertising on billboards, it seems just a temporary action to get people’s attention. There is no master plan or long-term plan to address this issue. In fact, government regulations that limit alcohol sales or advertising are largely absent.

Thus, if all these issues remain unresolved, and Cambodian youth are drowned in alcohol overuse, how can they help develop their nation? As they are young bamboos that represent the hope of Cambodia, it is important to find ways to address the anarchy of alcohol drinking among young people.

The  Causes and Impacts of Alcohol Excessive Use

Alcohol has been found to cause many forms of cancer, ischaemic heart diseases, and strokes. It is also one of the main causes of rapes and domestic violence. However, the draft law is still on the table, not yet passed, and the ideas of banning alcohol use for people under a certain age seem far from achievable anytime soon. I believe there are at least three factors that contribute to the prevalent consumption of alcohol in Cambodia.

First, it is a cultural factor. Elders and youth still think that drinking alcohol is just normal and it is a culture when they want to relax from trauma or stress from work, beers or wines are the first sign they want to taste in order to reduce stress and anxiety they face even they deeply know it would also affect their health and waste their money and times when they over drink. As reported in VOA, one Cambodian man said, “I feel anxious without alcohol”, and “It has become a normal part of my life already”. Even though he knew the impact of alcohol use and had a crash once, he continued to drink and drive.

Second, the lack of law enforcement is another factor contributing to the prevalent use of alcohol. In 2015 a draft law that controls alcohol use and bans youth under 21 to purchase and drink alcohol was sent to the Ministry of the Interior by the Ministry of Health, but it has been ignored since. Thus, when there is no law or rule that would allow people to obey, then they will have much freedom to enjoy what they are already habituated to doing without fear or worry. In 2018, KhmerTimes reported that “around 2,500 traffic incidents are caused by excessive alcohol consumption” each year.

Third, it is a social factor. Everywhere alcohol is advertised, and people can drink alcohol anywhere and whenever they want. There are no restrictions to how alcohol can be advertised as well as when and where it should be advertised. Some people are proud to show on Facebook about their parties at KTV, restaurants with many bottles of beer or wine on the table. In 2015, the World Health Organisation reported that “more than one-tenth of Cambodians aged between 8-17 admitted to having consumed alcohol, while 82 percent of Cambodians aged between 18-32 said that they consume alcoholic beverages on a regular basis”.

Moreover, parents enjoy drinking in front of their children and sometimes push them to taste it without explaining to their children that alcohol consumption may lead to significant effects on their health and finances as they will spend a lot of money on alcohol when they become addicted to it.  In many cases, husbands hit their wives after drinking alcohol in front of their kids. A report by the Asia Foundation showed that “Alcohol abuse increases women’s vulnerability to violence which one in five ever-partnered women reported experiencing physical and/or sexual violence by an intimate partner in their lifetime.”

What Can We Do?

It is unrealistic to ban alcohol use, so I do believe that if Cambodia introduces a law that manages alcohol advertisement and regulates who can or cannot drink or purchase alcohol, things will get better. However, the prevention of alcohol-related problems requires a comprehensive approach, combining information and awareness programs and treatment services with preventive policies adopted at local and national levels.

Even though the government has no plan to adopt the draft law yet, I do hope the law will be adopted soon. It is important to increase the tax on alcohol and introduce legislation that regulates alcohol use so that alcohol-related problems including domestic violence, deaths, and health problems can be reduced. Nevertheless, transforming or changing people’s behavior regarding alcohol use cannot be done overnight. Therefore, we need legislation, vision, and commitment to achieve this aim.

Moreover, other stakeholders have a vital role to play. Parents must take strong action to reduce their drinking and educate their children by promoting more ideas about the impact of alcohol on their studies, health, finance, and future. Social influencers, schools principals, and teachers must collaborate with local non-governmental organizations (NGOs) and international NGOs to conduct more awareness-raising campaigns about the impact of alcohol on the study, work, and life. They also need to promote more #SocietyWithoutAlcohol campaigns to spread the message widely. As for those who are already addicted to alcohol, each of them can also practice the ideas of reducing alcohol use in their daily life. They can seek support from organizations that work to help people reduce or stop alcoholism.

Without strong precedents to pass and implement the law on alcohol, Cambodia will enter into a state of misery caused by rampant alcoholism. The nation by definition would descend into anarchy. Mass looting, criminality, and violence would consume communities. Therefore, we all must take action to stop the excessive use of alcohol and to restore the dignity and beauty of the nation by practicing the minimal consumption of alcohol for special occasions and or health benefits.