Written by: Thea Sokna, a 4th-year student majoring in International Relations at The University of Cambodia 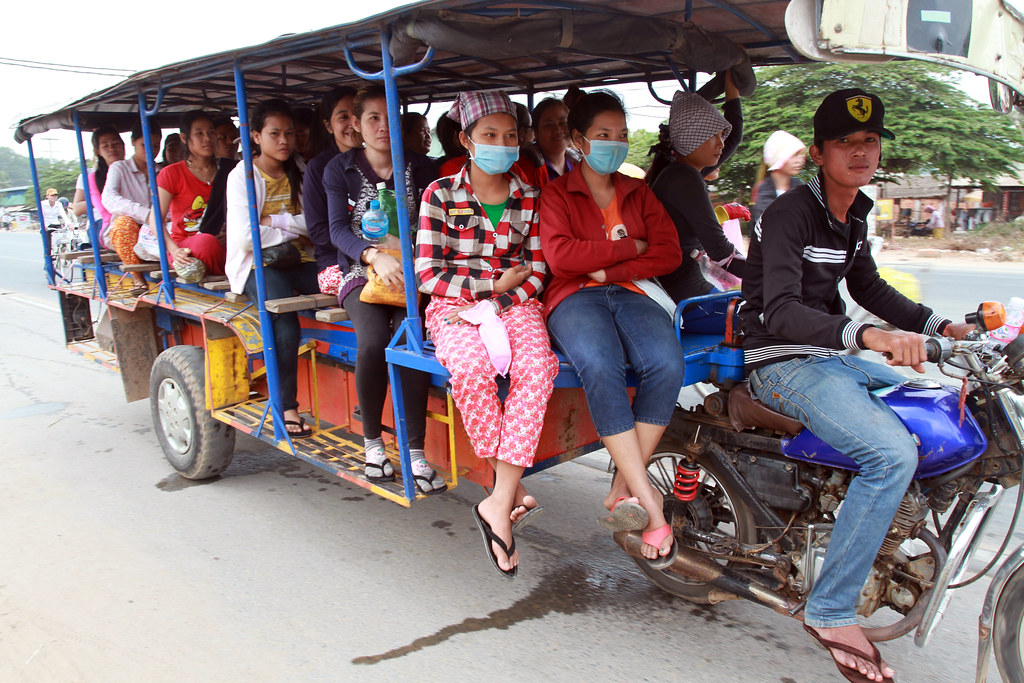 In 2020, 281 million people migrated internationally, accounting for 3.6 percent of the global population. A total of 30% of them reside in Asia (85.6 million), which ranks second after Europe (86.7 million). Originating from the Association of Southeast Asian Nations (ASEAN) region, there are estimated to be 21.8 million migrants, and among those, approximately 1.3 million are Cambodian migrants. In 2000, there were only about 460,000 Cambodian migrants, but for the past two decades, a substantial proportion of Cambodian people have increasingly migrated abroad or within their own country from the countryside to the city, mainly due to economic reasons. According to a survey conducted in Thailand by the International Organization Migration in 2019, 1.2 million Cambodians crossing the border were primarily looking for better job opportunities and higher earnings.

When the world experienced unprecedented mass migration, states tend to establish restrictive migration policies in order to monitor those migrants effectively, but it shapes how local people migrate, which is illegal migration throughout the border. In addition, the lack of adequate and profitable local job opportunities is also a root cause of migration. Seeing all these issues, Cambodia has adopted relevant policies, programs, and strategic plans such as National Strategic Development Plan 2019-2023, National Social Protection Policy Framework 2016-2025, Strategic Plan for Employment and Vocational Training Development 2019-2023, National Employment Policy 2015-2025, National Technical and Vocational Education and Training Policy 2017-2025, and Decent Work Country Program for Cambodia 2019-2023.​

However, expanding the labor market for its citizens is enormously challenging for Cambodia to achieve. Even though some research findings by local, governmental, and international institutions indicate the Cambodian unemployment rate is low among ASEAN member states, almost no research methods are publicized. A low unemployment rate doesn’t mean that employed workers are satisfied with their job in terms of wages. It is obviously seen that the minimum wage raise from $192 to $194 in 2022 is inadequate to meet workers’ needs because, for some reason, inflation plays a major impact. One among other factors that enable labor union representatives to effectively negotiate for a minimum wage and benefits increase for garment, textile, and footwear (GTF) workers is labor market tightness, a period when vacant jobs are plentiful and available workers are scarce. Therefore, the government should be obliged to take the role to expand the labor market.

The GTF sector accounted for the largest share of manufacturing employment (72 percent) in Cambodia that has between 200,000 and 250,000 construction workers, according to the Ministry of Land Management. It’s time to rethink and transform both construction workers and GTF workers into multiple skilled workers so that they can earn more in other fields such as tourism, food​ and beverage, science, digital technology, health, education, etc. This leads to an increase in the productivity of national human resources, and the ability to compete with foreign migrants. Moreover, it becomes much easier for them to penetrate into the foreign marketplace because they have certain needed skills, and with the highest hopes that they will get a high-paying job, giving rise to Cambodia’s gross national product (GNP) which is greatly significant for economic growth. How can we transform them?

When thinking of a highly profitable job, people think of working in Korea or Japan rather than Vietnam or Thailand, but migrating to the former is more likely complicated than migrating to the latter. For this reason, relevant ministries should continuously study the supply and demand for jobs in those target countries, and start adjusting the related domestic policies toward that foreign job demand. For example, launching various vocational training programs for people who have prepared to migrate will help them in terms of improving skills, confidence, entrepreneurship, and setting up a clear long-term goal. In the long term, this strategic scheme prevents the possibility of putting a burden on the state when migrants return home in the future; instead, they outperform the majority of their local neighbors in terms of wealth, multilingualism, and education. As a consequence, it helps not just their family but also their community and country as a whole. For example, a report from the Ministry of Labor and Vocational Training stated that every year, Cambodian migrant workers send back to their families around $3 billion in remittances.

Secondly, Cambodia's population is growing by about 1.6% every year, equivalent to about 250,000 people annually. It is deeply uncertain that the Cambodian labor market will scale up to 250,000 jobs annually. Because of this, Cambodia should endlessly seek to get the labor market expanded by promoting friendly relations with all the countries across the region and beyond. For instance, signing a memorandum of understanding (MoU) with the host countries on labor cooperation is seemingly the most effective way to the growth of job opportunities. In addition to labor cooperation, attracting foreign investors, especially foreign direct investment (FDI) is also absolutely essential. On this issue, Cambodia has so far done great with regard to legal frameworks, regional, and bilateral trade agreements, and loans, but even so Cambodians are noticeably getting fewer advantages since most of the high-ranking positions in private companies, especially international corporations, are preferable to foreigners rather than native Cambodians due to the lack of human resource competency and other factors.

Finally, the labor market in Cambodia is precarious. Since Cambodia is now a developing country and has a GDP of roughly $30 billion, it is clear that the country's economy is still relatively tiny when compared to that of other ASEAN member states like Thailand, Vietnam, Malaysia, Indonesia, and Singapore. As it happens, the Cambodian economy relies largely on other major economies like the United States, European countries, China, Japan, and South Korea. Evidently, trade volume between Cambodia and China reached $11.2 billion in 2021. This illustrates how significant China is in influencing the Cambodian economy today, and this trade volume number has been continuously rising. Due to this reason, Cambodia’s economy tends to get a strong impact from global changes; thus, underpinning migration policy is a must in order to sustain labor market expansion.

In conclusion, the migration policy is necessary for expanding the Cambodian labor market because Cambodian migrants play a significant role in contributing back to Cambodia’s economic growth. This does not mean Cambodia should not prioritize local job opportunity expansion. Undoubtedly, Cambodia should greatly reinforce the efficiency and efficacy of the implementation of the existing policies and seek further and better strategic plans. The country should incentivize domestic micro, small and medium enterprises (MSMEs) to manufacture finished goods to a great extent so that they can support the livelihood of the locals when they are given a chance to supply raw materials. To sum up, both migration policies and domestic policies are important for expanding the labor market in Cambodia, but what Cambodia needs to do is to ensure that they can be achieved effectively.