Prisoners of Conscience in Cambodia: A Case Study Analysis

Written by: Tol Chhourkimheng, a graduate with a Bachelor's degree in Education from The Royal University of Phnom Penh 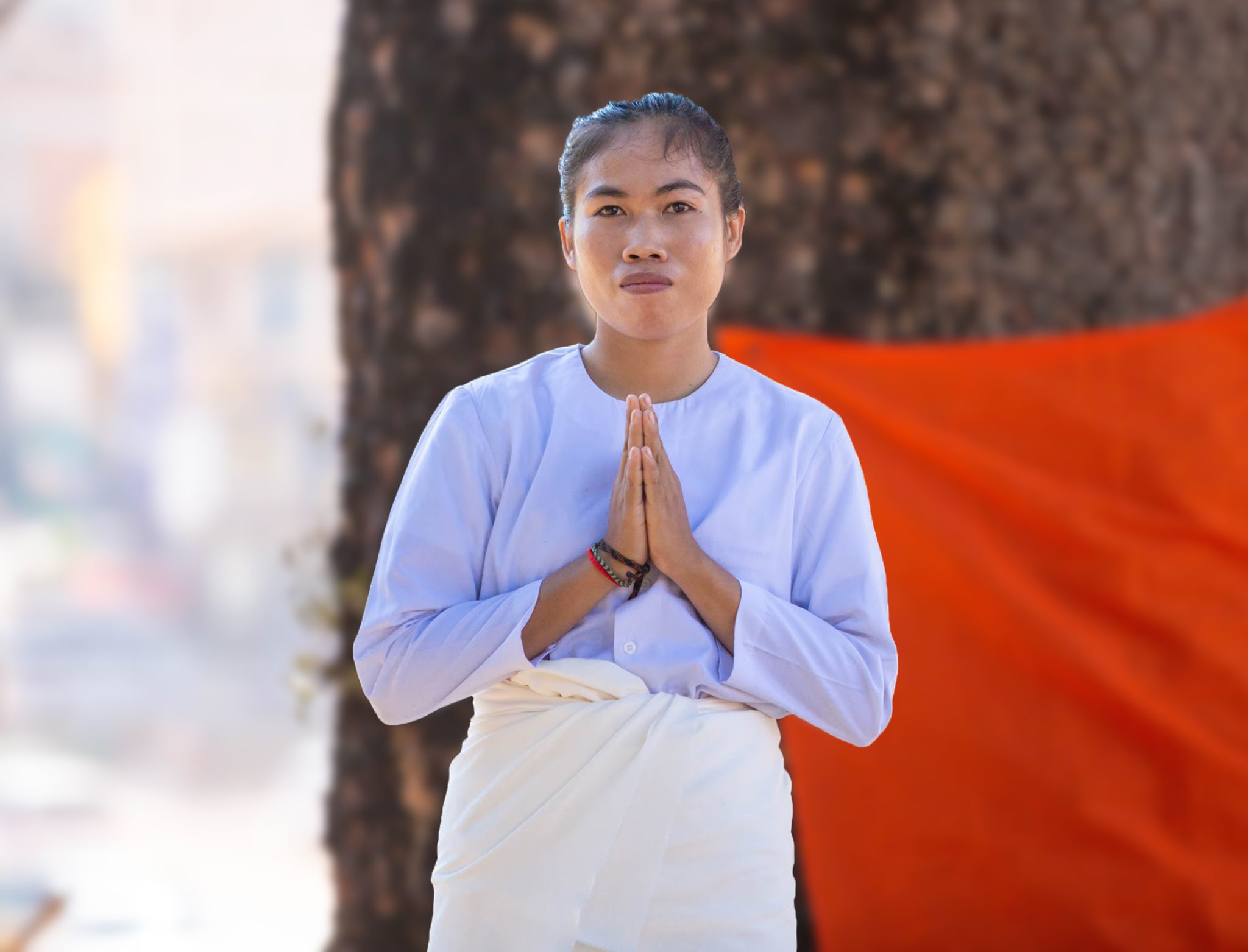 Recently, many people, such as environmental activists and human rights defenders, have been arrested. While the authorities arrested them for charges of incitement to cause social chaos, insulting the King, and plotting against the government, some consider them as “prisoners of conscience”.

Prisoners of conscience refer to “persons imprisoned for the peaceful expression of their political, religious, or other conscientiously held beliefs, or for their identity, even though they have neither used nor advocated violence.” Article 2 of the Universal Declaration of Human Rights stated that “Everyone is entitled to all the rights and freedoms set forth in this Declaration, without distinction of any kind, such as race, color, sex, language, religion, political or other opinion, national or social origin, property, birth or other status. […]” Article 3 stated that “Everyone has the right to life, liberty and security of person.” Article 41 in the Cambodian Constitution stated that “Khmer citizens shall have freedom of expression, press, publication and assembly. […]” These articles are proof that everyone is born with equal rights without any forms of discrimination and prejudice. Moreover, they have the right to exercise their freedom of expression.

The majority of prisoners of conscience in Cambodia were imprisoned because of the accusations and charges of incitement. Chin Malin, spokesperson for the Ministry of Justice said that “in Cambodia, peaceful expression is a right, not a crime. But on the contrary, an expression that affects the rights of others, national security, and public order…it is a crime.” This demonstrates that Cambodian citizens can exercise their freedom of expression as long as it does not affect or abuse the rights of others, national security, and public order.

As reported in a local media, civil society organizations (CSOs) issued a joint statement to request the Court and the Royal Government of Cambodia to release all prisoners of conscience. The statement emphasized that “in modern society, democratic countries that are guided by the rule of law recognize that the crimes of which prisoners of conscience are accused of or have been convicted for should not be considered crimes at all. Rather, these non-violent individuals are regarded as active citizens who contribute to the improvement of their societies”. “Article 51 of the Cambodian Constitution states that ‘Cambodian citizens are the masters of their own country.’ However, citizens cannot be so if they are unable to participate in society and share their thoughts on political, economic, and social affairs.”

This statement illustrates that Cambodia is a democratic country in which citizens can express ideas, exercise their freedom of expression, give constructive feedback to the government, and participate in social development. Those active citizens and youth highly contribute to the development of their country.

On 3 September 2020, three environmental activists of Mother Nature Cambodia were arrested. Mr. Thun Ratha was accused of publishing the information without legal permission whilst Ms. Long Kunthea and Ms. Phuon Keoraksmey were arrested because they were about to walk from Wat Phnom to request a meeting with the prime minister to share their concerns toward the numerous environmental effects, including the Ta-Mouk lake. They were accused and charged of “incitement to commit felony” based on Articles 494 and 495 of the Cambodian Criminal Code. The authorities justified the arrest that the environmental activists caused social disorder and chaos, as they denounced the exploitation of Ta-Mouk lake and raised their social concerns and peaceful walk plan.

On June 16, 2021, another three environmental activists from Mother Nature Cambodia were arrested while documenting waste run-off into Tonle Sap river in front of the Royal Palace. According to municipal court spokesperson Y Rin, Sun Ratha and Yim Leanghy were charged with plotting against the government and insulting the King, whilst Ly Chandaravuth was charged with plotting against the government.

People might wonder: How did these environmental activists cause social disorder and chaos? How did their actions link to democracy? To analyze the case of prisoners of conscience, except for the few new cases of allegedly plotting against the government and insulting the King, I use the principles of democracy, international human rights law, and the Cambodian Constitution. First, Ta-Mouk lake is a state-public property covering 3,239.7 hectares according to sub-decree No.20. The lake belongs to the public, so everyone has the right to raise their concerns, voices, and opinions over the exploitation of the lake. Freedom of expression plays an essential role in a democratic country. Article 41 in the Constitution stated that “Khmer citizens shall have freedom of expression, press, publication and assembly. No one shall exercise this right to infringe upon the rights of others, to affect the good traditions of the society, to violate public law and order and national security. The regime of the media shall be determined by law.”

This statement means that Cambodians can exercise their freedom of expression with no restrictions unless it affects the rights of others and good traditions of the society, and opposes the public law, order, and security. The democratic country has to respect the diverse opinions and voices of its citizens resulting in sustainable development. Thus, the different ideas will lead to the various strategies and mechanisms which help to address the systemic issues rooting in the society. According to a book on Good Governance published by the Ministry of Interior in 2003, citizens’ participation in social decision-making and the process of decision-making is extremely vital since all the information about citizens’ demands and needs will be raised to the authorities before a decision is made.

Moreover, the peaceful walk caused neither trouble nor social disorder. The peaceful walk is under the rights to peaceful assembly and association which is one of the fundamental freedoms protected by the international human rights law. Article 4 in the Law on Peaceful Assembly declared that “The peaceful assembly refers to a gathering or a march conducted by a group of people to publicly demand, protest or express their sentiments, opinions or will by using various forms or means peacefully.” In addition, Cambodia has ratified the International Covenant on Civil and Political Rights (ICCPR). Article 21 in ICCPR demonstrated that “The right of peaceful assembly shall be recognized. No restrictions may be placed on the exercise of this right other than those imposed in conformity with the law and which are necessary in a democratic society in the interests of national security or public safety, public order (ordre public), the protection of public health or morals or the protection of the rights and freedoms of others.” This indicates that a peaceful walk is protected under the Law on Peaceful Assembly and ICCPR, and citizens can exert this act as a way to indicate their freedom of expression or their concerns regarding any specific issues to the government.

Thus, I believe this is the case of freedom of expression from citizens since their act did not cause trouble or deaths to anyone. Meanwhile, no pieces of evidence have been proved that their action put anyone in danger, injury, or death. Youth should be encouraged to be involved in social development because they are the new generation to circumvent the issues on the ground and give weight to the government’s reform policies which are also stated in the National Policy on Youth Development prepared by the Ministry of Education, Youth and Sports. It is worth noting that imprisoning youth and activists might pressure the large majority of other youth to hesitate and lose commitment to step up for positive social change. Witnessing the democracy of a country, Cambodia should put its citizens above all else and respect the differences of the citizens’ voices. The diverse voices mean that not everyone always goes along with the government. The open spaces for controversial ideas will urge the government to consider inputs from various sources for decision-making.

Cambodia is a democratic country in which the citizens can exercise their freedom of expression, speak out their concerns, provide constructive feedback and participate in social development. Obviously, the Cambodian Constitution and international human rights law promote the legalization of freedom of expression. Youth are the main actors and active citizens to monitor, mobilize, and inform the government’s decisions and behaviors. Therefore, they should be motivated to constructively and meaningfully engage in their community. Positive developments should start from everyone and the state should value and appreciate its citizens’ efforts. We cannot expect the next generation to hold the responsibilities for this country whilst the elder ones ignore them.